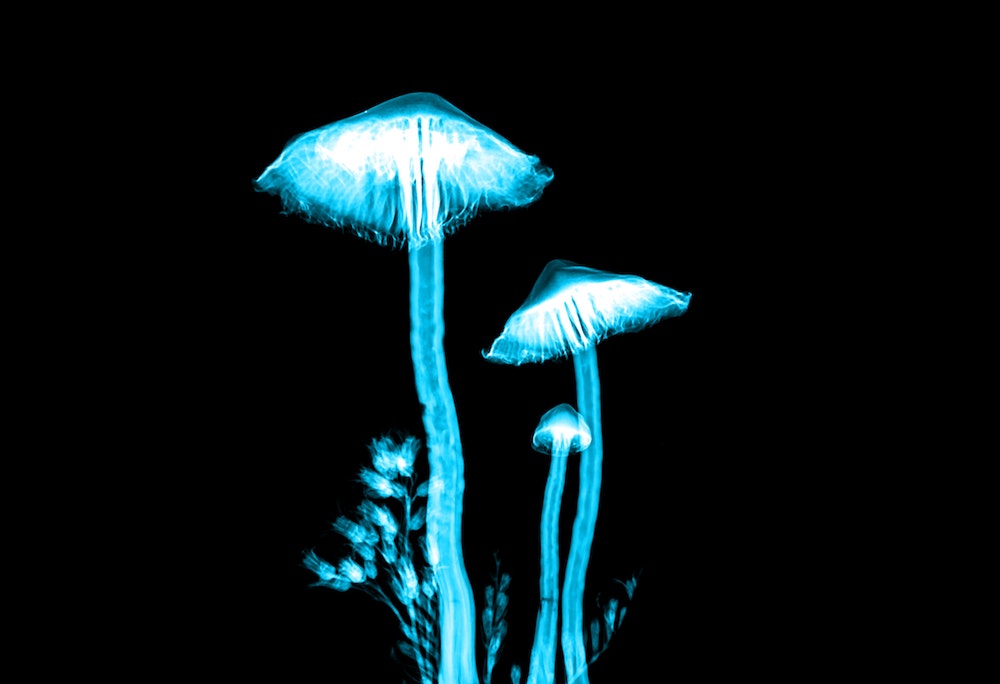 What Are Magic Mushrooms

It’s likely you’ve heard of ‘shrooms’ or ‘magic mushrooms’ before, regardless of if you’ve actually tried them yourself. But the mental picture of someone handing you a ‘shroom sandwich at an outdoor festival is no longer the vision that many people are associating with mushrooms nowadays.

“Magic Mushrooms” are a specific type of mushroom that contain the active molecule psilocybin or psilocin. While magic mushrooms contain the active molecule ‘psilocybin’ the body actually converts this into psilocin, which causes the psychedelic effects and ultimately, the mental wellness benefits. Historically, mushrooms have been long connected with spiritual encounters and personal discovery, having been incorporated into indigenous cultures for thousands of years.

There are around 200 species of psychedelic mushrooms currently circulating the world. Psychedelic mushrooms are typically gilled mushrooms with dark spores that thrive in the meadows and forests of the subtropics and tropic zones, where the soil is typically rich in plant debris. The most common variety is known as ‘Psilocybe Cubensis’ which has over 60 different strains and over 200 species. Some of the most popular strains include, pink buffalo, penis envy, B+, and golden teachers. Many of which you can find in our online mushroom chocolate shop!

So, What Are The Benefits of Magic Mushrooms?

Until more recently, many benefits of magic mushrooms have been based on sporadic studies and anecdotal research. While benefits and therapeutic potential in scientific studies dates back to the ‘50s, research was largely discontinued due to the backlash against the hippie counterculture. Until more recently, that is. Medicinal benefits of mushrooms and other psychedelics have been picking up steam in more recent years. In fact, findings have been so promising that a highly respected research institution in the US, Johns Hopkins University, has recently launched a centre dedicated solely to studying the benefits of psychedelics. So let’s get into it, here are some of our favourite benefits of psilocybin, the active molecule in magic mushrooms.

And remember, we aren’t doctors and our website doesn’t provide any medical advice. We always recommend speaking to your personal healthcare practitioner about your unique situation. Mush love!

1- An Increased “Openness” And Positive Shifts in Personality

At birth, humans are open and full of love and true emotions. When you think of a child, images of laughter and curiosity often come to mind. Over the course of our lives, we are conditioned by society, our caretakers, the media, and our life experiences in general. Over time, these experiences shape the way we think and process the world around us.

In personality psychology, “openness” is one of the five broad domains of personality sometimes referred to as “OCEAN” or “Canoe” (Conscientiousness, Agreeableness, Neuroticism, Openness, and Extroversion). The personality domain “Openness” refers to an individual’s desire to learn and experience new things. Individuals who tend to score high on this personality trait tend to be insightful and imaginative with a wide array of interests.

It is estimated that our core personality traits are essentially stable after age 30. Although, scientific studies have shown that psilocybin can actually increase individuals’ openness following a mystical experience.

In plain terms, psilocybin may actually stimulate change in individuals’ brains and core personalities, resulting in an increased openness to learning new things and having new experiences.

Simply put, neurogenesis is the growth of new brain cells. Typically, your number of brain cells, or “neurons”, stays stable throughout your lifetime because, unlike other types of cells, neurons can’t divide themselves.

So, where do these new brain cells come from? A specific type of cell, called “neural stem2 cells” are responsible for generating new neurons. These are unique cells that exist in the brain until they’re prompted to develop into neurons. This process is highly controlled in the brain, and can only occur in specific areas. However, when neurogenesis does occur, it is often linked to improved learning, cognitive function, memory formation, and decreasing depression and anxiety.

While the research on neurogenesis and psilocybin is still in its early days, a 2013 study at John Hopkins University showed that psilocybin increased the number of new cells growing in the hippocampus of mice.

Psychedelics typically work by simulating serotonin, the “happy” neurotransmitter, in the brain. One of the main ways that psilocybin impacts our brain is by stimulating a specific serotonin receptor in the prefrontal cortex, which contributes to two physiological changes in the brain. One, being the production of BDNF or “brain-derived neurotrophic factor” which encourages growth, connections, and activity in the brain. Two, being an increase in the brain’s main excitatory neurotransmitter, glutamate. Further research is needed on Glutamate and BDNF and how they work together, but current research is showing that increasing these can contribute to many of the benefits users are looking for when using psilocybin, the active molecule in magic mushrooms.

As mentioned above, psilocybin may also have benefits in growth of specific neural connections that are lost in depression. In fact, a 2021 study showed that psilocybin performed just as well as widely used antidepressants in reducing the symptoms of major depression. The study revealed psilocybin outperformed the medication in secondary measures, showing that the patients who received psilocybin showed a more rapid improvement in depressive symptoms. It should be noted that the trial was short and the sample group small, however, these results are exciting nonetheless.

Another study has shown that personality traits associated with depression and mood disorders can also be impacted by psilocybin. Going back to our ‘CANOE’ or ‘OCEAN’ personality domains mentioned above,“Neuroticism scores significantly decreased while Extraversion increased” following psilocybin therapy.

TLDR: new research is showing that psilocybin, the active molecule in magic mushrooms, might be an effective option in treating mood disorders such as depression and anxiety.

5- Reduction of Addictions Such as Smoking

If you are looking for guidance with addictions such as smoking, magic mushrooms may also be able to help with that. A pilot study conducted in 2014 showed that the “observed smoking cessation rate substantially exceeds rates commonly reported for other behavioural and/or pharmacological therapies”.

In plain language, this means that psilocybin has been shown to work better than other behavioural and pharmacological therapies in quitting smoking. In fact, in this pilot study, 80% of the participants were able to abstain from smoking after 6 months. While research still needs to be done, this study shows promising early findings that psilocybin can be a huge benefit as a complement to smoking cessation treatment.

Much of the buzz around the medicinal benefits of magic mushrooms and psilocybin are surrounding the psychological and physiological benefits in the brain. However, there are also emerging beliefs and preliminary research which suggests that psilocybin may be an effective option for those suffering from chronic pain. As a matter of fact, the FDA recently gave the go ahead for Tryp Therapeutics to proceed with a study on the use of psilocybin in combination with psychotherapy for patients with fibromyalgia. Other research in process includes Yale University studying psilocybin’s use for cluster headaches. 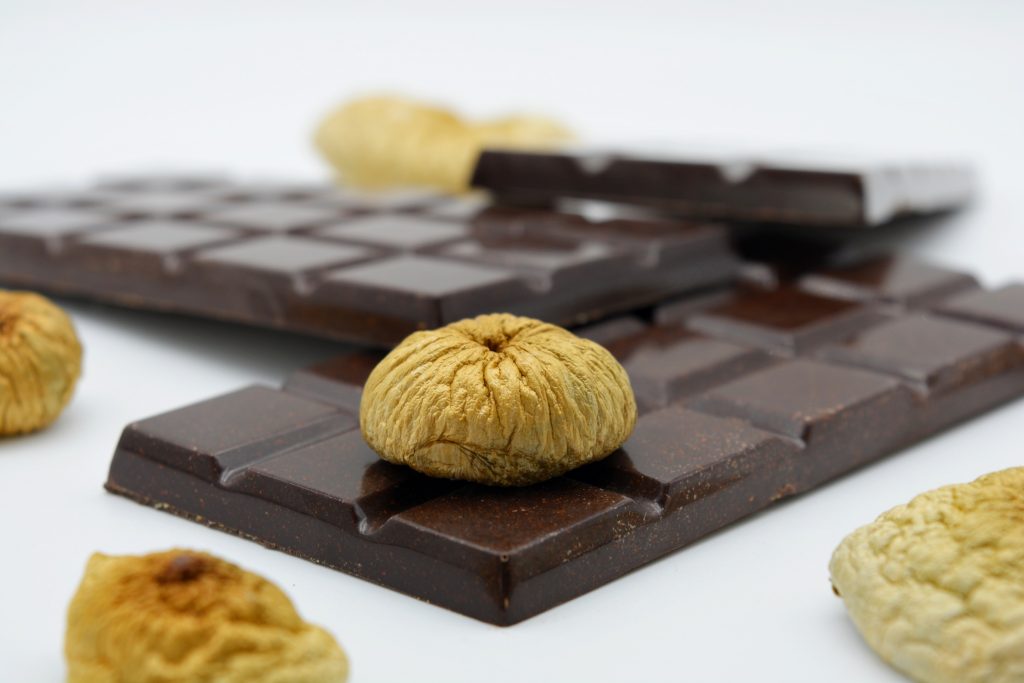 Have we piqued your interest? If you want to try the medicinal benefits of magic mushrooms and psilocybin, check out our chocolate shop. Our bars are handcrafted with expert care and are split into pieces to easily customize your preferred microdose, whatever the occasion may be. With vegan and higher dose options, STEM is ready to meet your microdose needs. Elevate your microdose now.

Are you located in Vancouver, BC?

If yes - we can deliver to your doorsteps discretely.

No trace, no invoice transaction

Stay Connected and Receive a Free Dosing Chart In Your Mailbox!

We get it, your inbox is busy. That's why we promise to only share quality content. Once per month we carefully craft a thoughtful newsletter featuring new seasonal products, promotions, team update and industry news. Sign up today 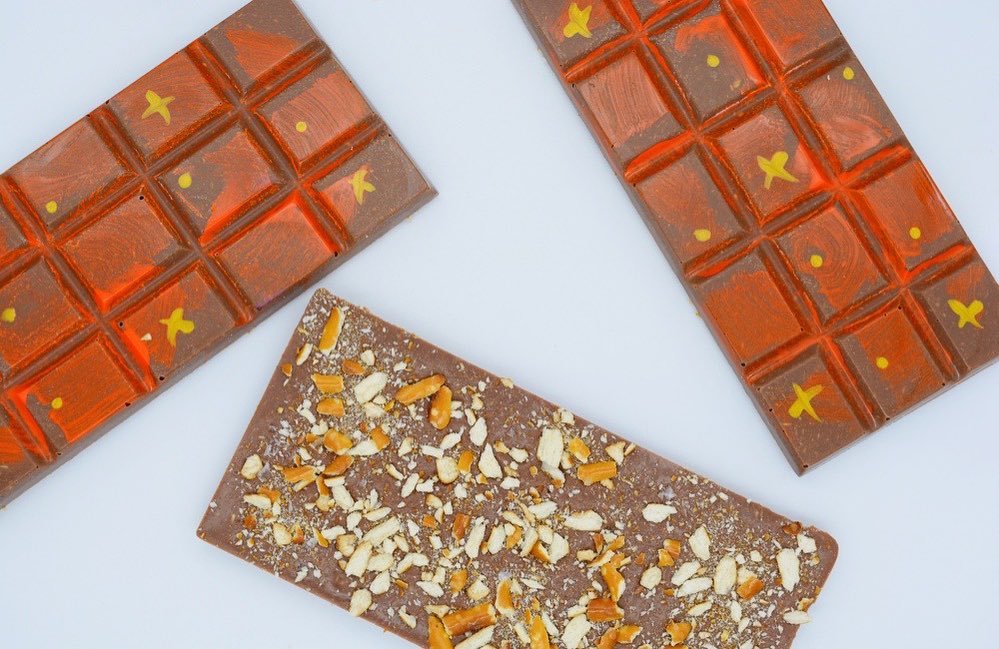 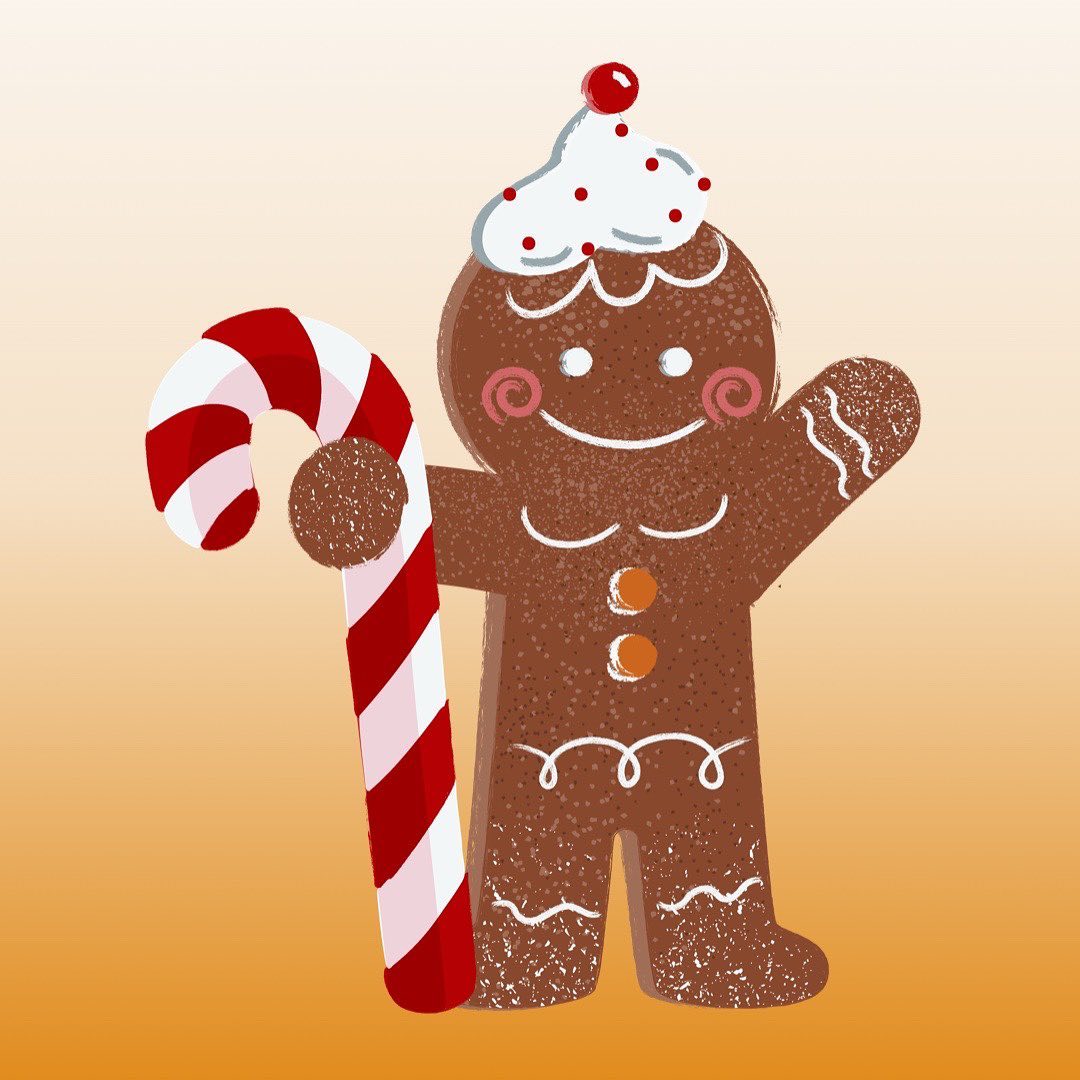 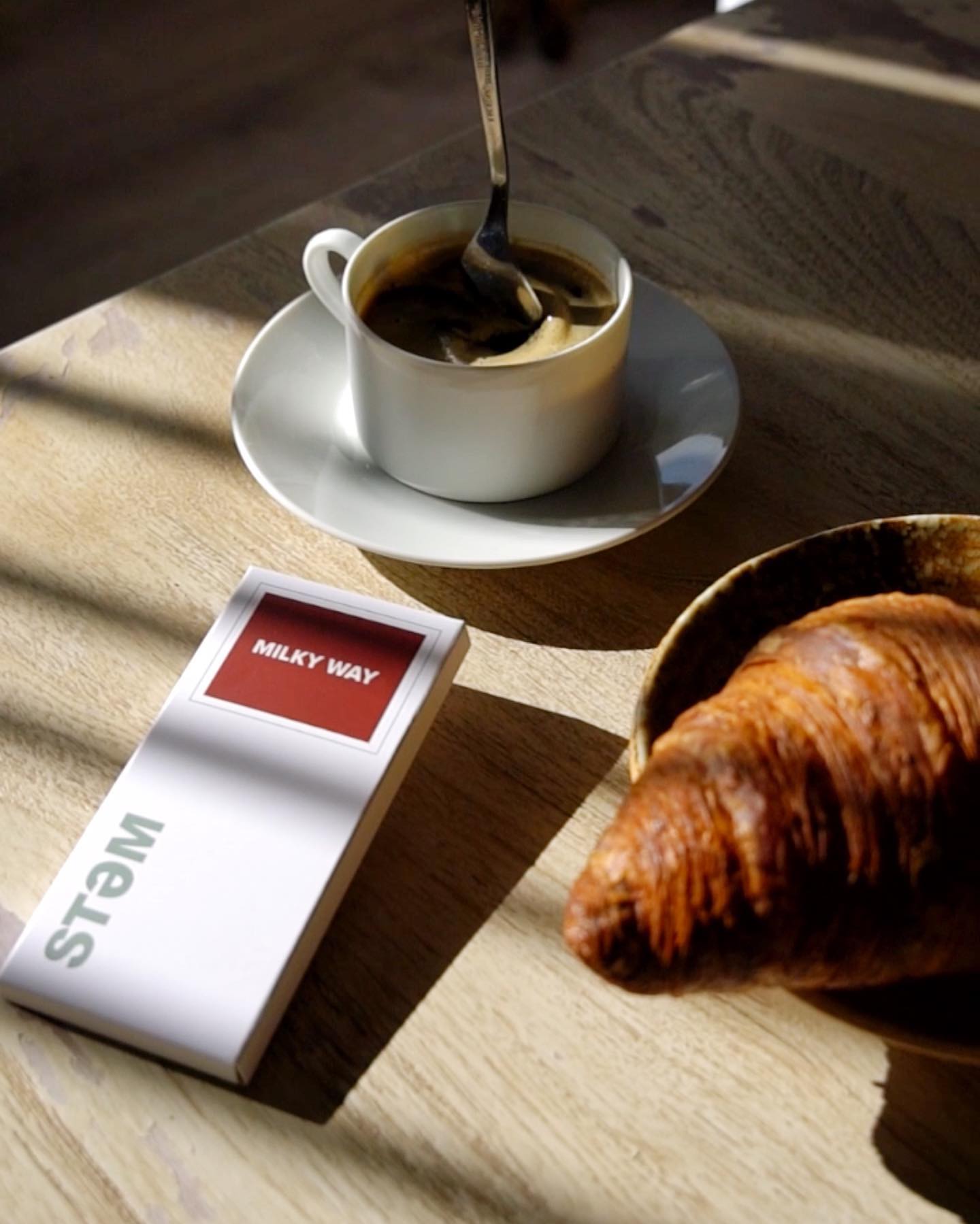 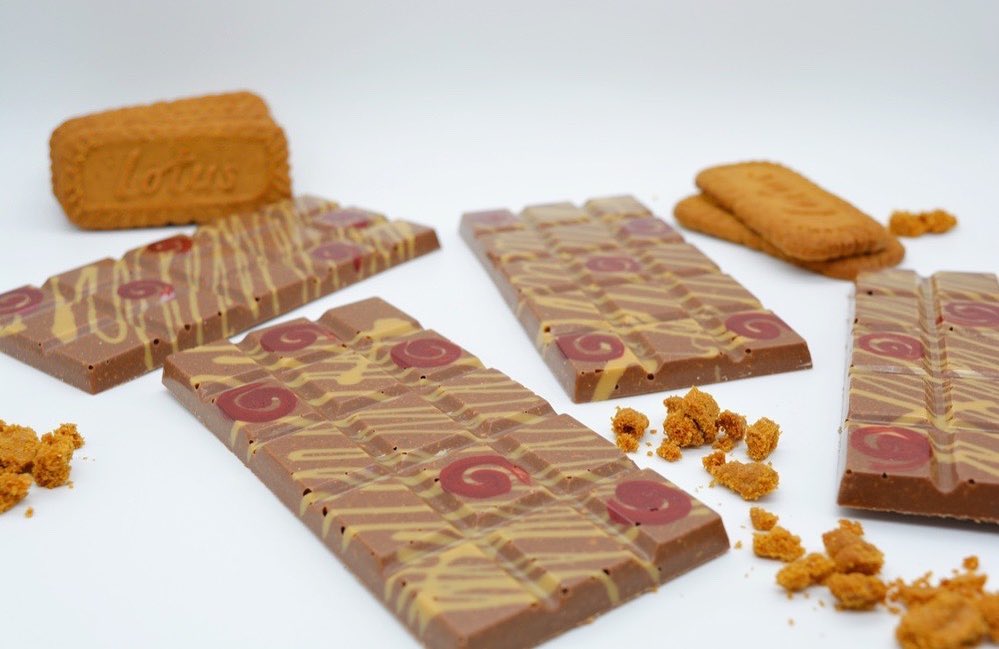 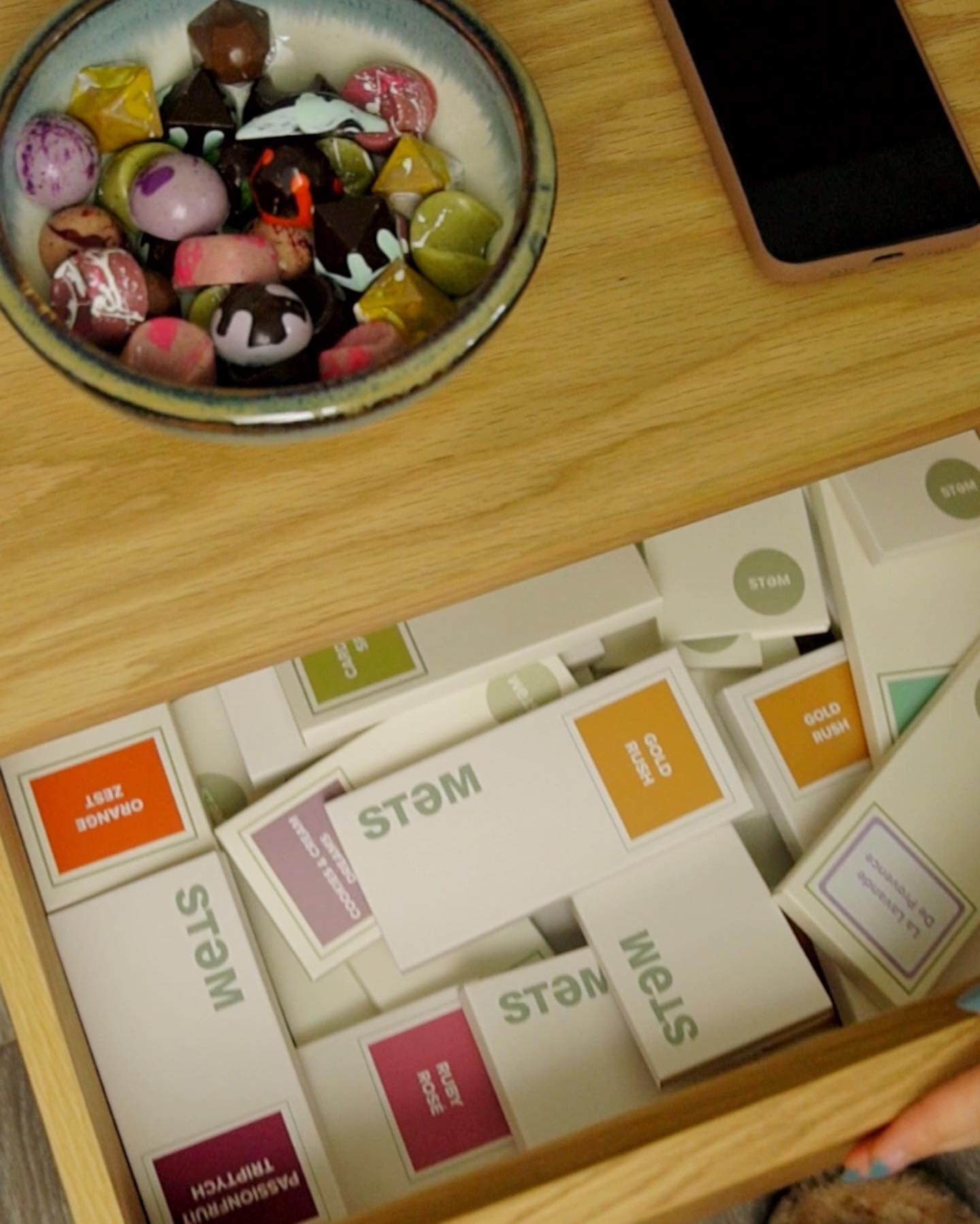 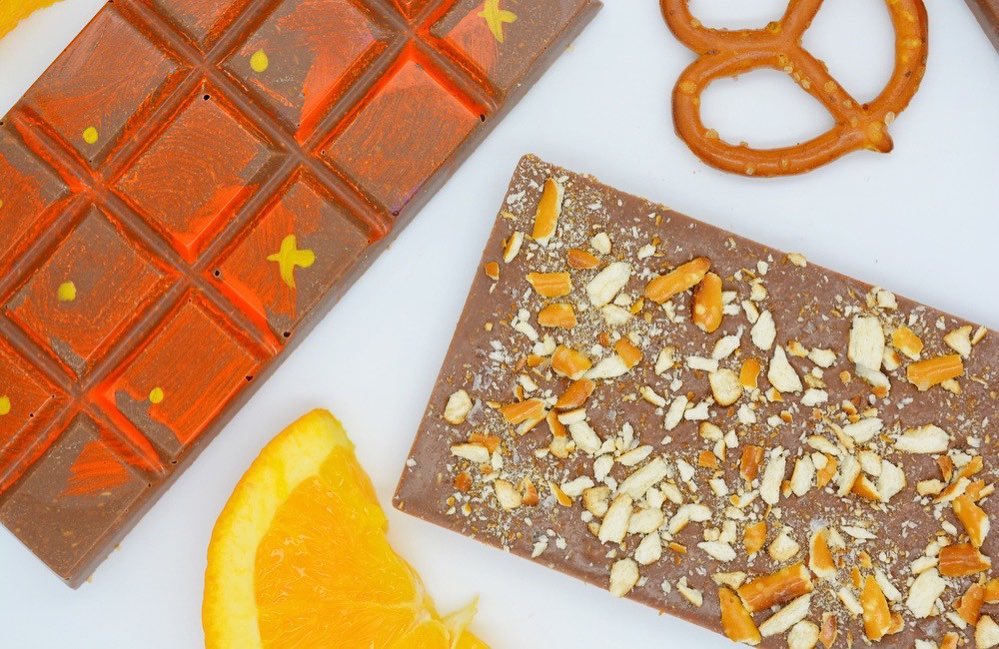 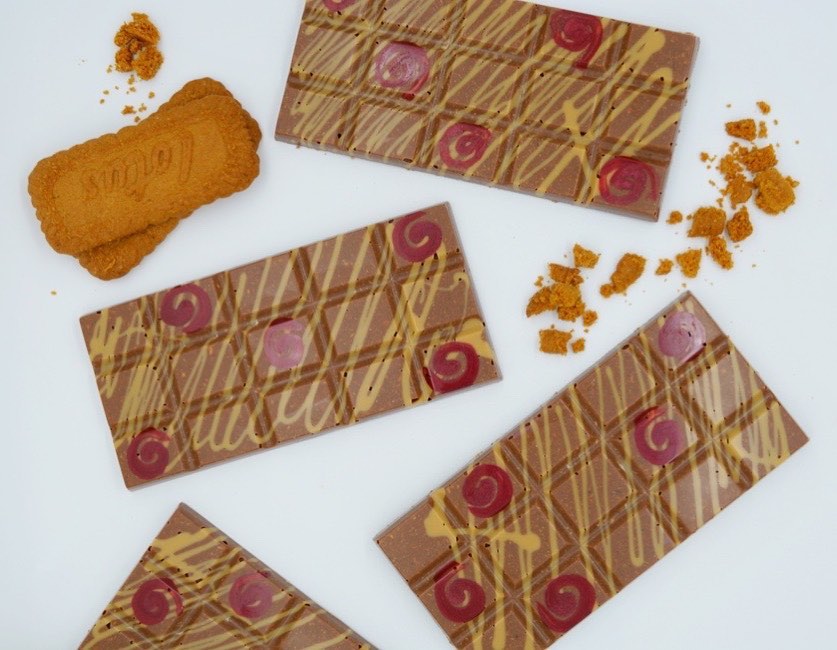 STƏM is a natural wellness brand focused on educating the general public on the practical benefits of safe mushroom consumption. We’re dedicated to dismantling the stigma surrounding medicinal mushrooms.

Based in Vancouver, BC, serving all of Canada including Toronto, Calgary, Ottawa, and more.